The famous American academic and author Professor Angela Duckworth defines grit as a mixture of passion and perseverance ± qualities our class of 2021 displayed in abundance.

In a year disrupted by Covid, Joeys HSC students maintained focus and grit throughout. Fuelled by meaningful goals, these young men learnt that mastery of subject requires marathon endurance.

The HSC Class of 2021 epitomisesd teamwork; online, in physical classrooms and Year 12 breakout spaces. Together, these young men solved problems on whiteboards, shared notes, participated in self-paced learning and peer-critiqued works of art. Moreover, they supported their classmates through their inevitable academic challenges, sharing successes and raising awareness for social causes.

The unheralded students of the HSC Class of 2021 must be applauded for consistently striving toward their academic personal bests. These students embodied the Marist characteristic of humility in working with teachers to produce incremental learning gains.

Celebrating the power of perseverance

This year group, revelling in their diversity, learnt that grit means to keep going, in the words of Angela Duckworth, “even when you fall down … even when progress toward that goal is halting or slow”. The achievements of the Class of 2021 are the ultimate acknowledgement of the power of perseverance. In committing to purposeful goals, including social causes beyond the classroom, we applaud these fine young men for showing grit. Most crucially, for embracing the early steps in their lifelong learning journey.

At the beginning of 2020, Year 12 set themselves the goal of 20 per cent of all Higher School Certificate examinations resulting in Band 6s (90 or above). In order to strive for academic excellence in the modern HSC, the skills of critical thinking, agility and clear communication are essential. Importantly, similar dispositions are sought by the world beyond the College walls. With attention to the learning process, and collaboration between peers and teachers, an outstanding 21 per cent of results were acknowledged on the Distinguished Achievers’ List, meaning the achievement of the lofty ‘20 in 2020’ goal.

A total of 210 St Joseph’s College students sat for the HSC in 2020, along with 13 Mathematics Accelerants from Year 11. The HSC outcomes illuminate the uniqueness of students within the year group, with distinct and diverse strengths.

The 2019 HSC represented a significant shift for students across the State, with the modern HSC requiring more flexible application of knowledge and skills. The HSC outcomes for Joeys also highlighted the capitalisation of individual strengths, with diverse achievements ranging from a State ranking in Studies of Religion – 2 Unit, through to multiple HSC practical nominations and selections in Drama, Industrial Technology, Music and Visual Arts.

182 St Joseph’s College students sat for the HSC in 2019, plus 11 Mathematics Accelerants from Year 11. Of these students:

The HSC outcomes, for the Class of 2019, represent a springboard to the next stage of their learning journey. Many fine educators, over many years, played a vital role in their achievements. Importantly, immense gratitude must be extended to the educational leaders and teachers for 2019, particularly Mrs Donna Quinn as Academic Coordinator, Heads of Faculty, Mr Danny Sidgreaves as Boarding Coordinator and the HSC teachers. Their expertise, learning strategies and partnerships with students, and their families, will have enduring impacts long after the content knowledge fades.

The Class of 2018 was generous of spirit and energetic in their pursuit of academic excellence. Indeed, their collaborative and engaged approach to learning exemplifies the Marist values of family spirit and love of work. The fine HSC outcomes also shone the spotlight on the leveraging of individual strengths, with diverse achievements ranging from State rankings in Latin Extension, Studies of Religion 2 and Modern History, through to multiple nominations and selections for exhibitions in the creative arts and technology subjects.

Highlights in Striving for Academic Excellence:

The HSC outcomes, for the class of 2018, rather than signaling an endpoint for students, represent the beginning of the next stage of learning in how to “make a difference” in the lives of others in the wider community. Whilst many fine educators played a role in these achievements, over many years, significant gratitude must be extended to the educational leaders and HSC teachers for 2018. Their leadership and expertise helped form purposeful partnerships with students and their families, a working alliance that will undoubtedly have enduring impacts.

St Joseph’s College has a proud history of striving for academic excellence, a principle embedded in the College motto in meliora contende – strive for better things. The class of 2017 have taken up this quest in producing a fine set of HSC results, representing a core component of their varied and collective achievements. In true Marist tradition, these successes were realised with humility and a love of hard work.

The collective striving for excellence is a key feature of the academic journey at St Joseph’s College. Indeed, this collaboration is highlighted by hard working staff and students working side by side throughout the extended school day and, on many occasions, during evening study and weekends. The HSC results, for the class of 2017, were a culmination of this team approach, as a springboard to the next stage of their (lifelong) learning.

St Joseph’s College celebrated strong HSC results for 2016. There were a number of outstanding individual and group achievements, including one student achieving first place in the state in Mathematics 2 Unit and two more students placing in the top 20 in the state in a subject.

Seven students were named on the HSC All Rounders List for achieving in the top band in 10 or more of their units.

The College recorded 184 entries from 85 individual students on the Distinguished Achievers List for achieving in the top band in a subject. Mathematics recorded 22 entries on the list, Studies of Religion 1-unit recorded 20 entries and Mathematics General 2 recorded 18 entries.

The College continued its strong reputation for excellence in Visual Arts, with an incredible 12 students nominated for ARTEXPRESS and five selected for the exhibition. One student was successful in being selected for OnSTAGE and three students were nominated for InTech.

College dux Luca Manfredi puts his HSC success down to steely determination and the spirit of camaraderie and togetherness he experienced at Joeys. 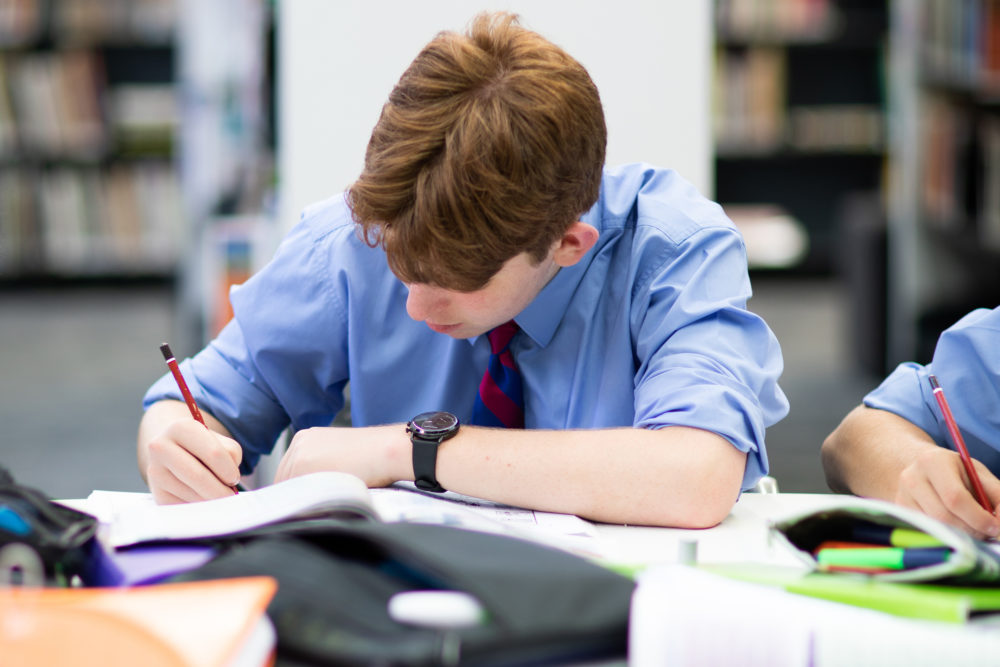 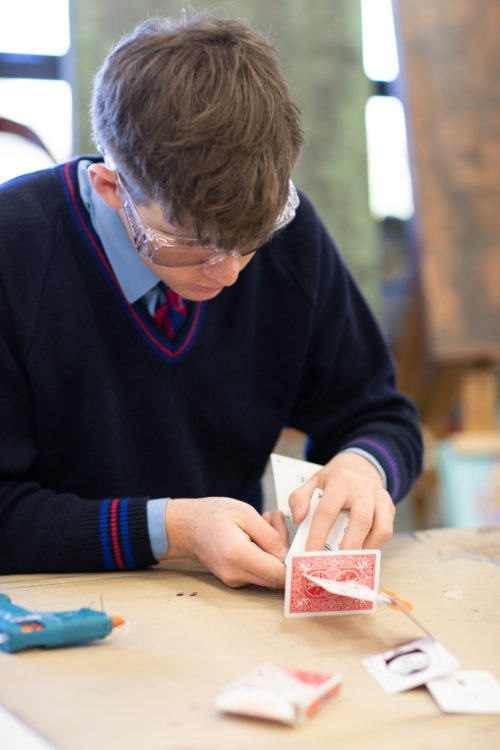 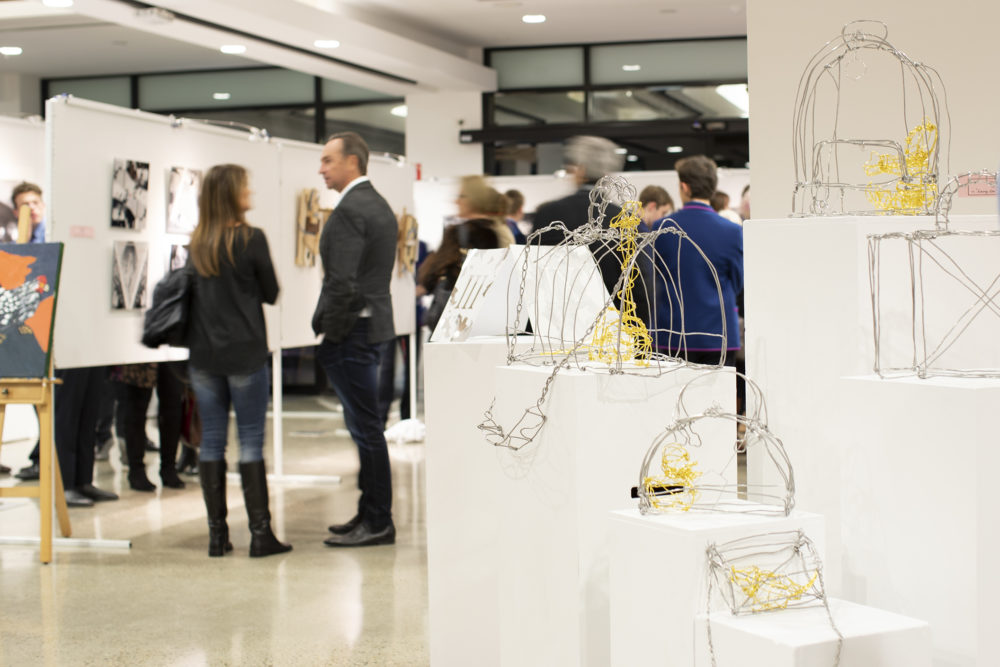 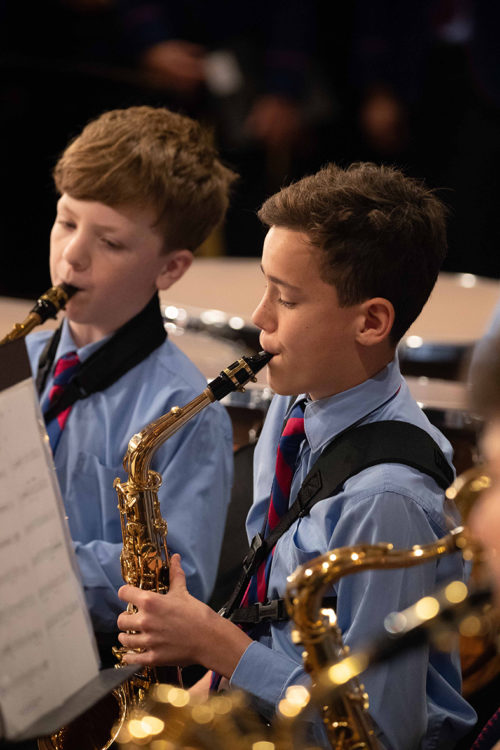 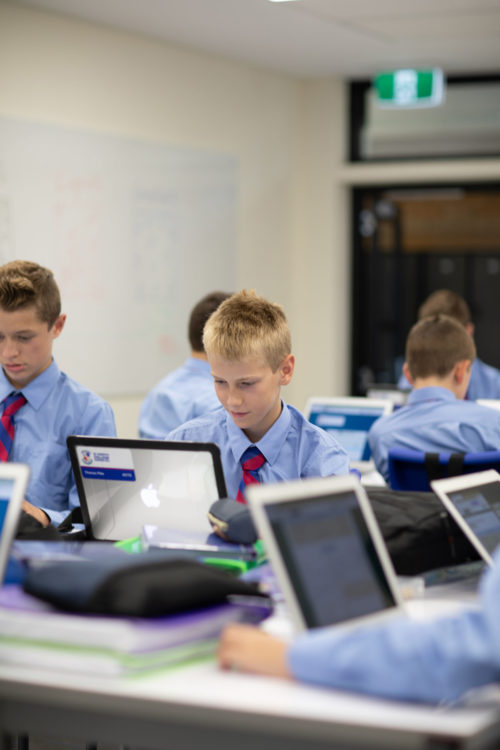