The Resources Centre aims to support student learning by working collaboratively with subject faculties, teaching information and research skills to the students, and assisting them to explore our extensive collection of print and digital resources. Easy access to high quality resources is available anytime, anywhere with our online catalogue and research tool, DESTINY. Further learning help is available from our library website, LIBRARYHQ, which provides subject-specific resources tailored to class topics and assessments.

The Resources Centre also collaborates with subject faculties to organise and host numerous activities designed to extend student learning and subject knowledge in a fun and interactive environment. These activities include Synapse (an academic challenge for gifted and talented students), Body in the Library murder mystery (for forensic fiction), Japanese Manga Festival, French Cafe, Science Week, History Week, Geography Week, and the Write a Book in a Day competition. 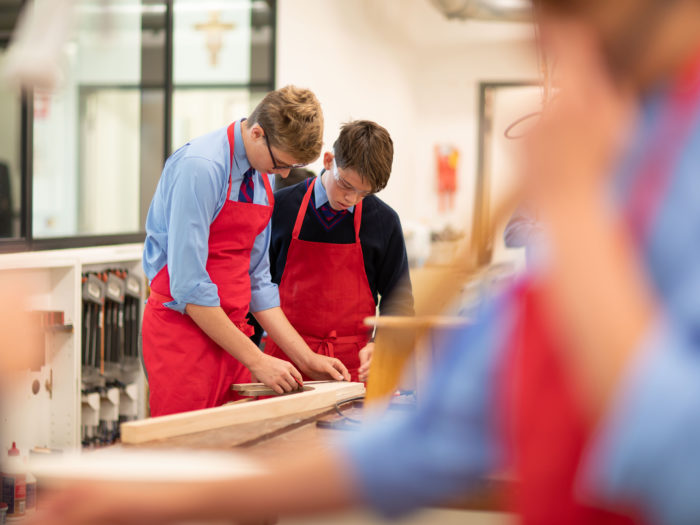 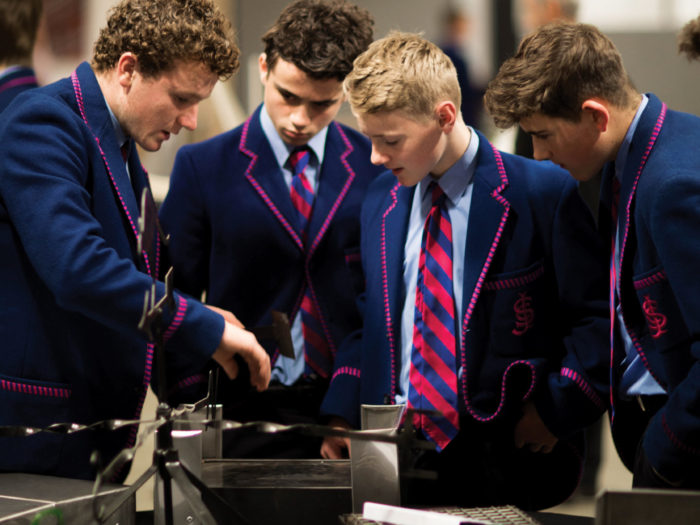 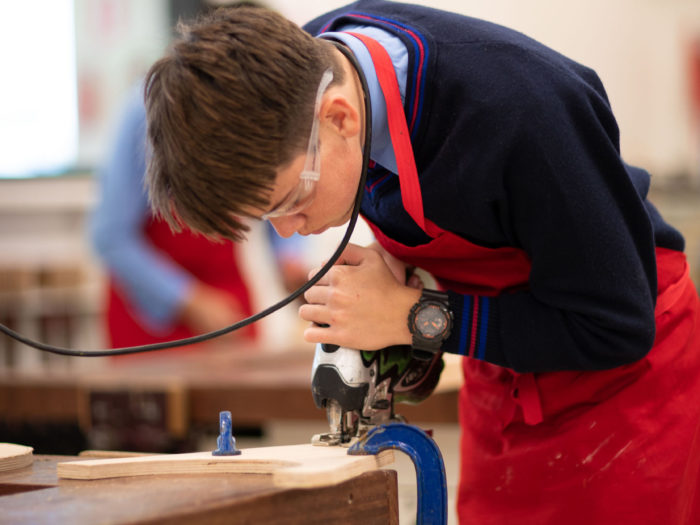 With 20 courses under its umbrella, from Food and Agriculture to Software Design and Development, the Technological and Applied Studies (TAS) faculty is a lively and diverse area of St Joseph’s College.

Many of its hands-on courses are taught in specialist, open-plan spaces purpose-built in the College’s most recent major development.

The technology-rich learning environment for design and manufacturing is among the best in the state, allowing boys to develop the skills to use future-focused equipment.

In Industrial Technology, a computer numeric control (CNC) router allows for automated manufacturing, in which boys working with wood produce a file that tells the computer precisely what they want it to do. In Year 11, for instance, this is their own flat-pack furniture design. In the metal workshop, where many boys make equipment for their family properties such as silos, firepits, cattle runs and feeders, a CNC plasma cutter allows for the same computer-based manufacturing but using metal.

The wood and metal workshops are also well equipped with manual and electrical hand tools, and machinery such as table routers, disc sanders and welders. A sophisticated extraction system keeps the air clean, and theory is taught in newly upgraded seminar rooms that also act as breakout spaces for the boys. 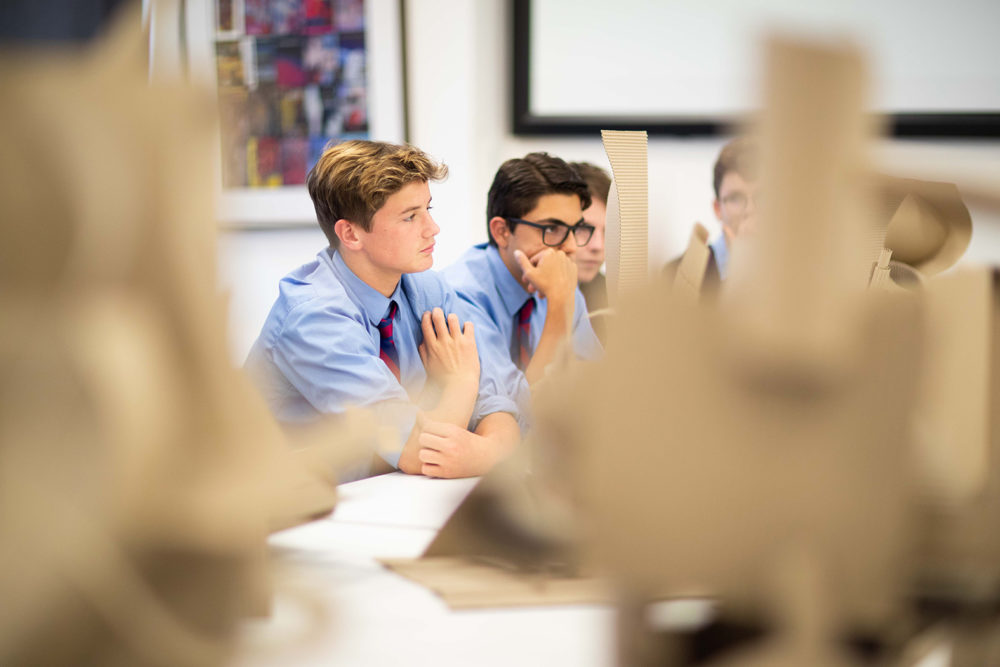 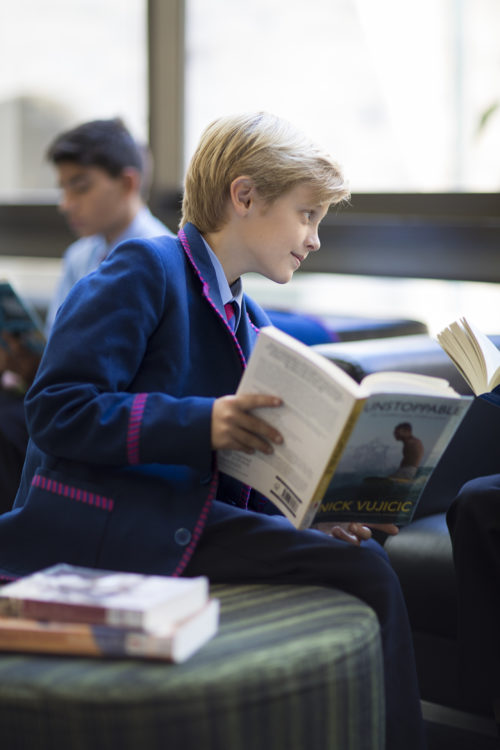 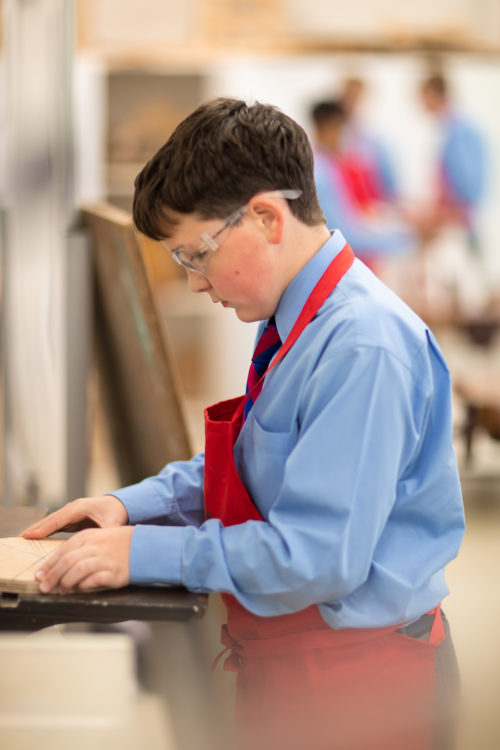 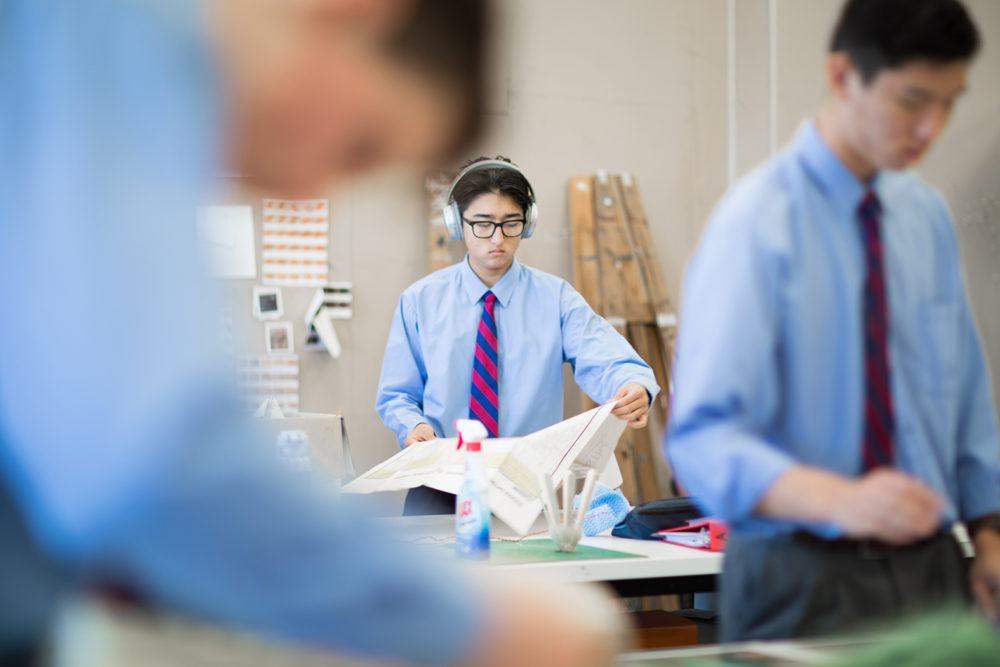 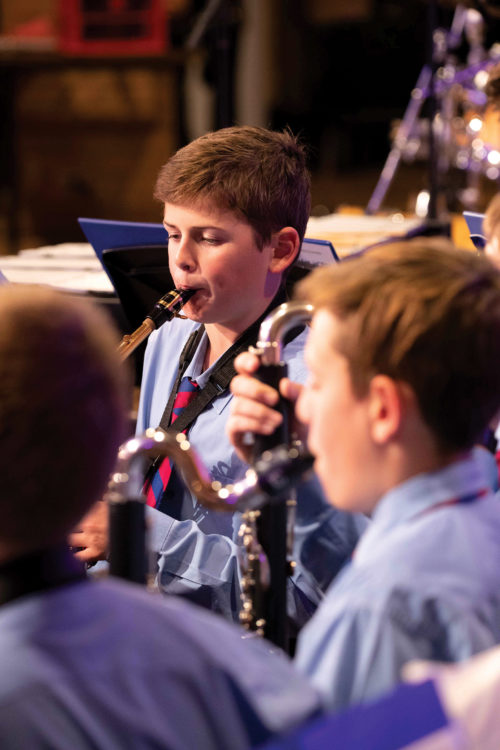 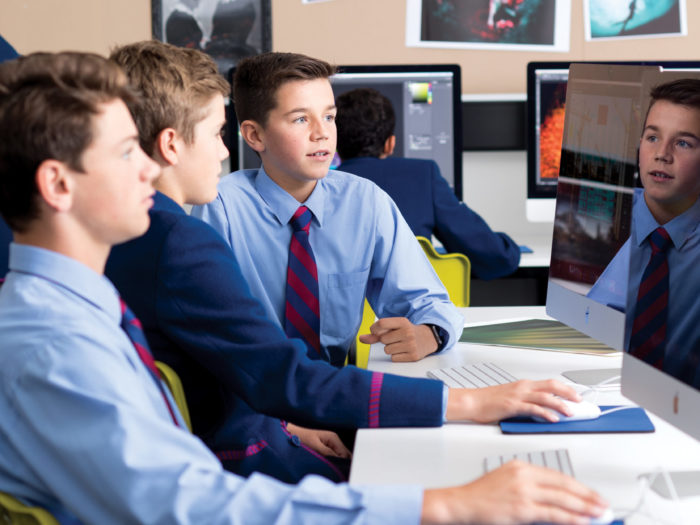 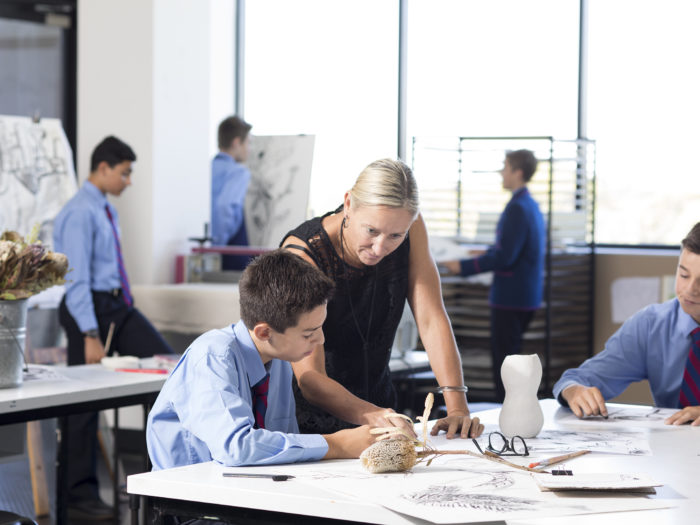 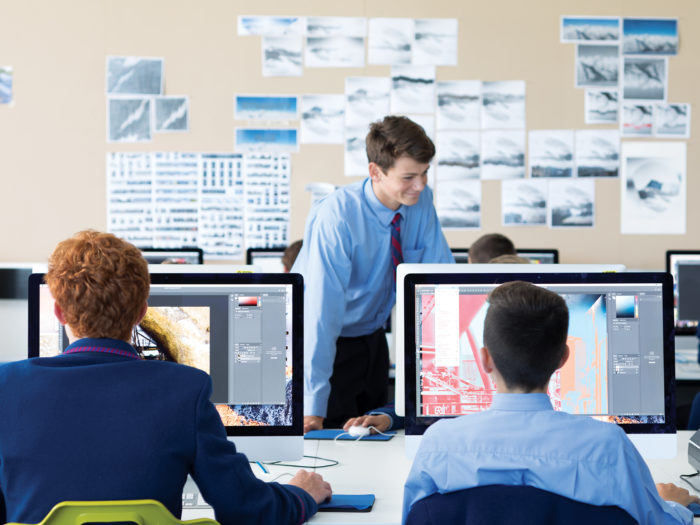 The College’s Visual Arts building, completed in 2013, was conceptualised as a space of transformation. Boys entering the state-of-the-art facility know immediately that they are in a different thinking and learning space to other areas of the school. Flooded with light from enormous windows looking across the school’s Back Ovals and beyond, the building is a series of dynamic studio spaces connected to each other in a design that fosters creativity and collaboration.

Within the one senior and three junior multi-purpose studios are the resources for teaching and learning, from Year 7 to the HSC, the practice and theory of Visual Arts including printmaking, painting, sculpture and drawing. There is also a digital studio, a lighting studio and a dark room, with photography a popular component of the Visual Arts program.

The versatility of the studio spaces also allows for the hosting of an artist in residence each year, and the work of boys from Years 7 to 12 is celebrated annually through the Student Art Exhibition held in the College’s Farrell Auditorium. 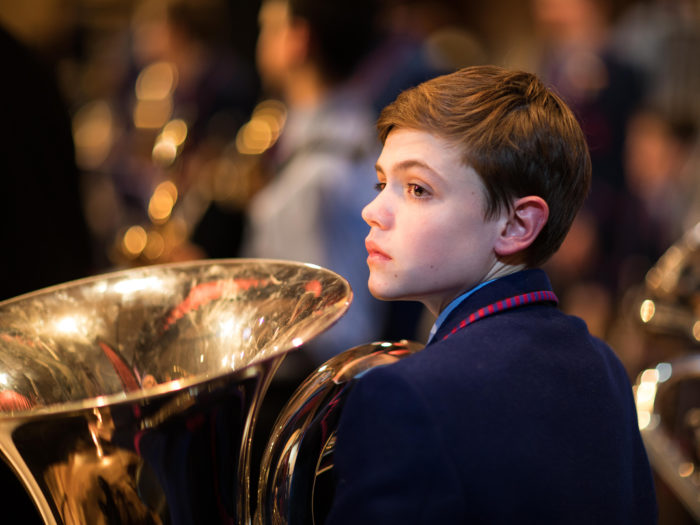 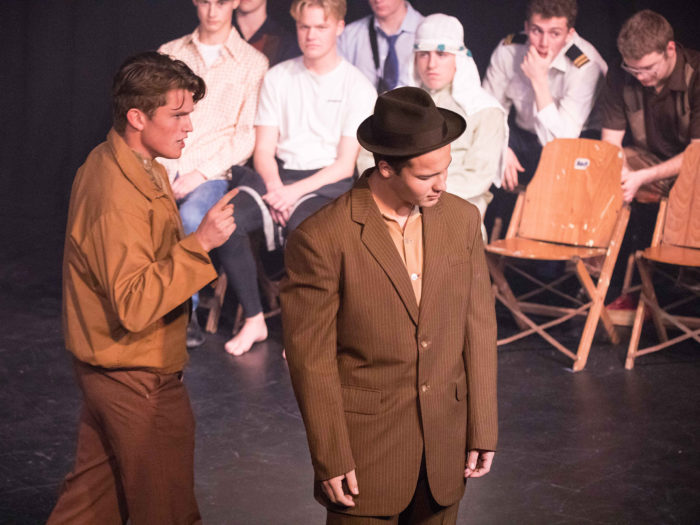 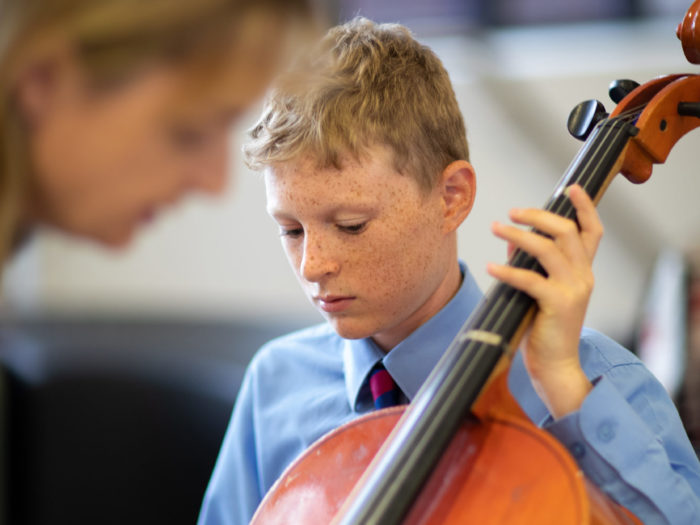 Music has a central place in the cultural, spiritual and educational life of St Joseph’s College, not least through its 25 music ensembles, three choirs and a deeply held liturgical singing tradition that involves every boy throughout his school years.

Learning an instrument is compulsory for Year 7s. Each boy is allocated one of the 25 instruments in which tuition is offered across strings, woodwind, brass, keyboard, percussion and voice, and can hire an instrument from the school.

There are more than 20 highly qualified part-time tutors and four full-time teachers working out of the Br Louis Music Centre, which is open and supervised from 7am to 10pm each evening.

Students who choose Drama, an elective subject from Year 9 onwards, become well acquainted with the Drama Studio, where several productions are staged each year. The Studio seats 100 and is equipped with a lighting rig, sound system, AV, a set and costume store, dressing room and green room.

Every two years the College stages a school musical, bringing together the dramatic, musical and technical talents of the students in spectacular fashion.