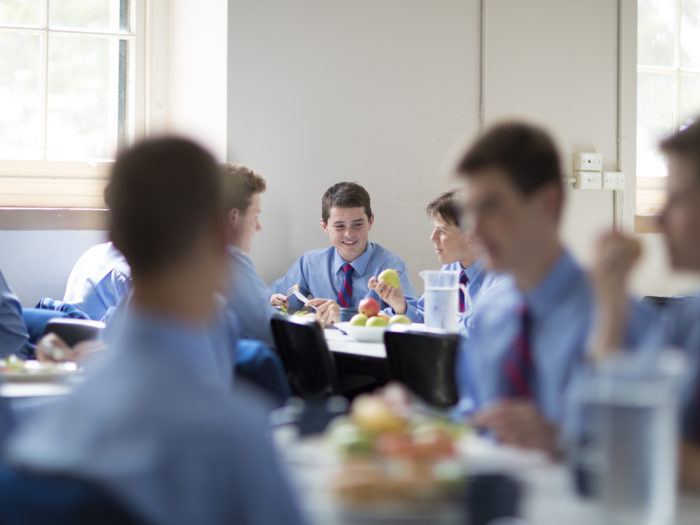 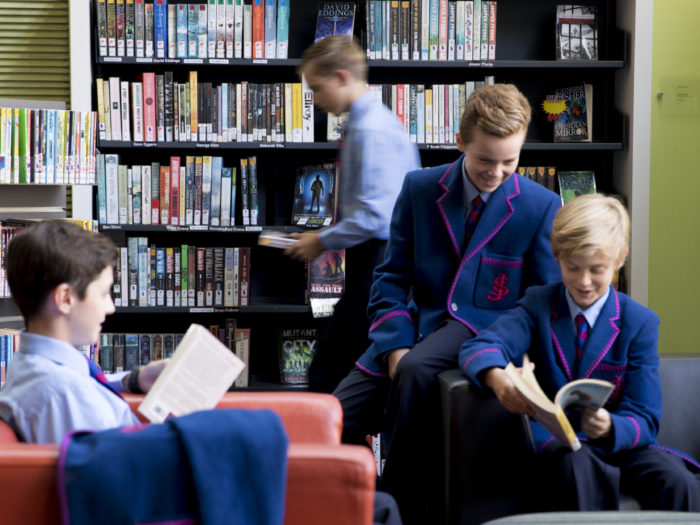 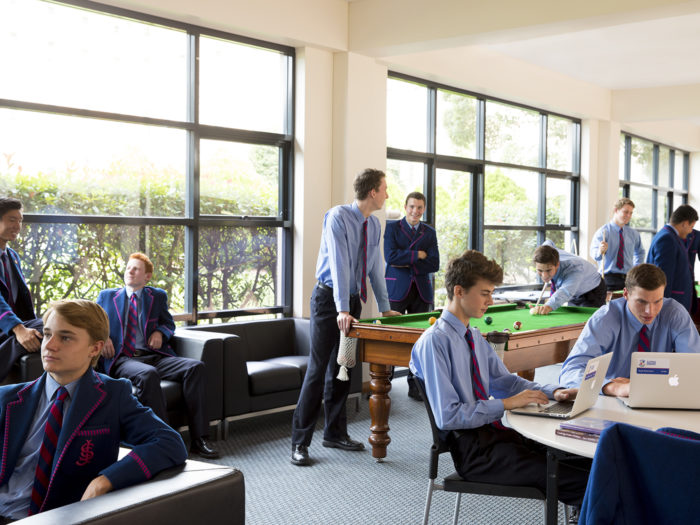 “To bring up children properly, we must love them, and love them all equally.” Marcellin Champagnat (1789-1840), founder of the Marist Brothers.

The story of boarding at St Joseph’s College begins in the post-revolution French countryside of the early 19th century. A young priest, Fr Marcellin Champagnat, was appointed curate at La Valla, an isolated, culturally impoverished village on the slopes of a mountain south of Lyons. Witnessing the local children being deprived of a Christian education, in 1817 he formed an order of Brothers to teach them. The first Marist Brothers school at La Valla soon had boarders – rough terrain, long distances and bad weather meant it was simply best for many boys to stay at school rather than travel to and from their homes every day.

By the time of Marcellin’s death 23 years later, there were 278 Brothers and 48 schools in France and the South Pacific. By 1872, the Brothers had established their first Australian school at the Rocks in Sydney; nine years later, they transferred the school’s boarding component to Hunters Hill, naming it St Joseph’s College.

The first 55 students, under the care of six Brothers led by Br Emilian Pontet, lived in a temporary, two-storey wooden building with room for 75 boys. It had been built in seven months by Brothers (many of them newly arrived from France and unable to yet speak English) and novices who lived on-site in the Novitiate built two years earlier and which today houses the Learning Enrichment Centre.

The first boarders had an average age of 15 and while most were from NSW, eight came from New Zealand, four from Queensland, and one each from New Caledonia, Victoria and Tasmania. The fees included an entrance payment of 4 pounds for the use of bedding.

As enrolments grew rapidly, to 122 at the beginning of 1882, the Brothers and novices erected more temporary wooden buildings to provide extra dormitory and refectory space as well as kitchens. There were also stables, a piggery and a dairy farm on the Gladesville Road-Luke Street corner of the property, where the Year 10 dormitories are today.

By the time the boys moved into the newly constructed southern wing of the permanent building early in 1884, they numbered 173. 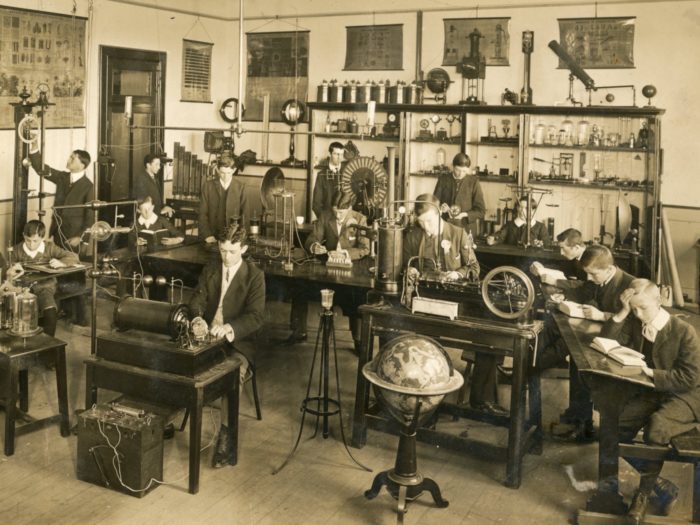 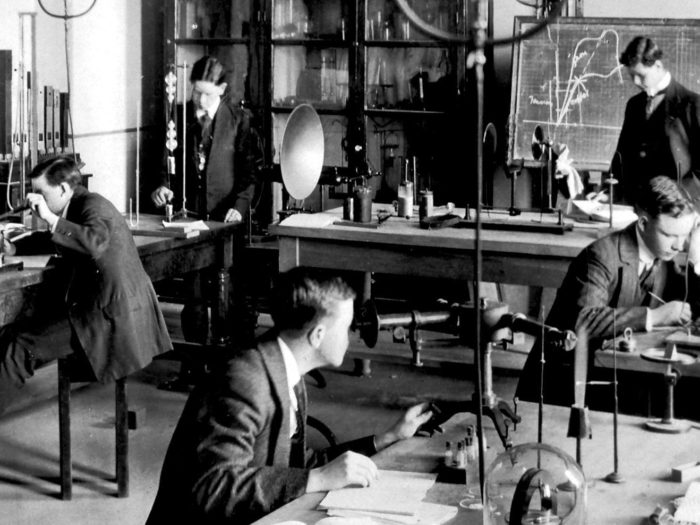 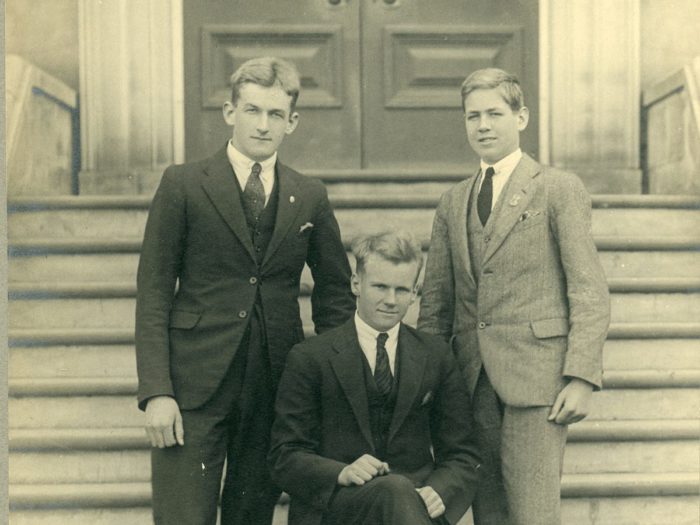 Religious observation and instruction were central to the daily lives of Joeys early boarders. Often, parents were as concerned for the religious education of their sons as they were for their general education when they made the decision to send them to St Joseph’s. The founding Brother Director Br Emilian Pontet kept fees as low as possible to make it ‘as easy as humanly possible’ for Catholic boys in rural areas to have access to a Catholic education.

The timetable the boys followed reflected those of Marist boarding schools in France, home of the Marist Brothers order. The day began and ended in the Chapel: prayers followed the 5.40am striking of a gong to wake the boys up, and evening prayers were held after a 7pm meal and immediately before bed time. There was also daily Mass at Villa Maria church before morning study and breakfast.

The schedule of classes in subjects ranging across the branches of science and mathematics, English and history, languages, geography, drawing and music, included 30 minutes of religious instruction every day. The Angelus prayer and the Rosary were recited at the start and end respectively of a midday break for lunch and recreation. After classes finished at 4.15pm, there was time for more sustenance and play before the bell rang for evening study.

Hunters Hill at the time was a semi-rural suburb still emerging from the bush and reliant on ferry services to connect it with the city, until the construction of bridges over the Parramatta and Lane Cove rivers in the 1880s. Weekend recreation for early boarders involved walks to local orchards and sporting fields to watch matches; picnics to Chowder Bay at Mosman; ferry trips around the Harbour; and train rides to the Hawkesbury River for more picnics.

Cricket was the most popular sport in the early years, played on ‘a hard, gravelly, grassless’ ground where Br Emilian Hall and the pool are today and the first football played at Joeys was Australian Rules, arranged by the boys themselves at nearby parks as there was no suitable area in the schoolgrounds to play it. 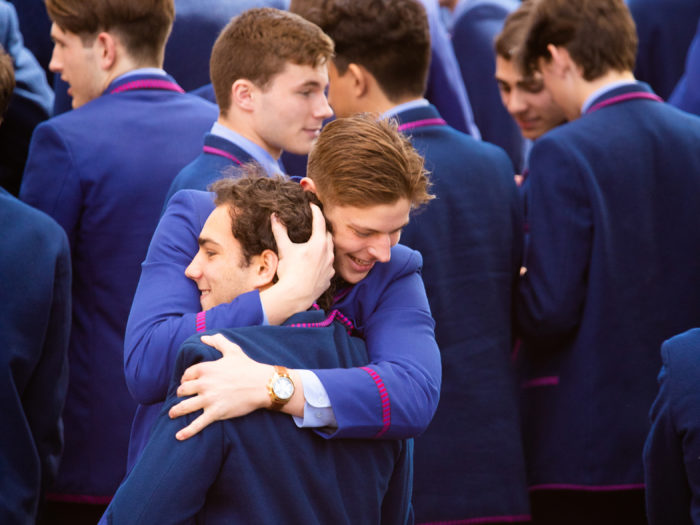 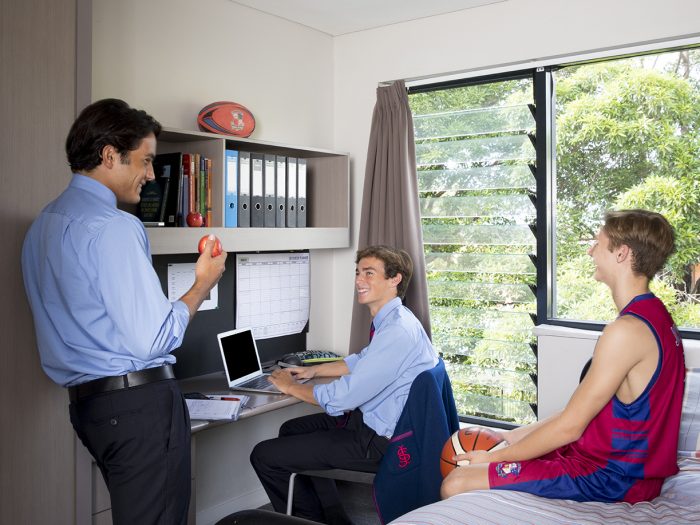 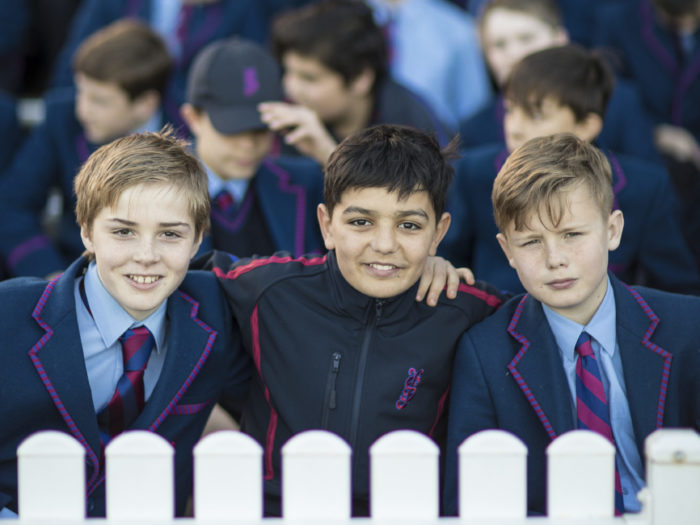 St Joseph’s College is the largest boarding school for boys in Australia. Among the reasons families choose boarding for their sons at Joeys today are the strong family traditions and lifelong attachments that the boarding environment brings. Enhanced opportunities are also key. Living on campus at Hunters Hill is seen as providing better opportunities for boys in terms of their study and academic achievements; their cultural and sporting endeavours; and in their spiritual life and religious development.

About half of Joeys’ diverse, 1100-strong student body are boarders, and half of those again are from rural and regional areas of Australia, maintaining a connection to the bush that is integral to the spirit and traditions of Joeys following its 115 years, from 1881 to 1996, as an all-boarding school.

While country boys and those who come from places such as Hong Kong, Indonesia, Singapore and Papua New Guinea are invariably full-time boarders, boarding at Joeys today includes the option of weekly boarding, which is taken up by boys whose families live in the Sydney area or otherwise close enough to travel home on weekends.

Today, the Marist Brothers have passed the hands-on operations and supervision of the dormitories to a Lay staff who are dedicated to creating a family environment, informed deeply by Marist values, for the boys under their care. Warm, down-to-earth relationships that are reminiscent of how members of a good and loving family would relate to each other are a defining feature. Boarding co-ordinators and supervisors are guided by the knowledge that parents have entrusted to Joeys not only the education of their son, but the overall development, care and welfare of his whole person.

Many boys who board are the sons and grandsons, even great-grandsons, of Old Boys, testament to the enduring impact of the Joeys experience on those who have come here, and to the strong, multigenerational connections that contribute immeasurably to the spirit and ethos of St Joseph’s College. 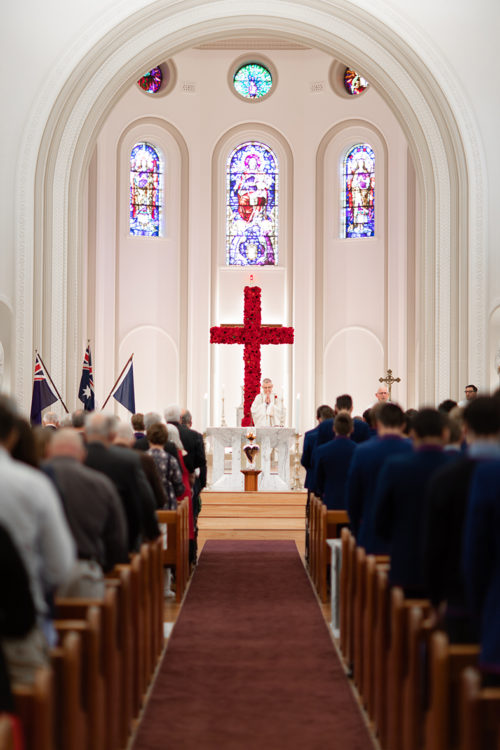 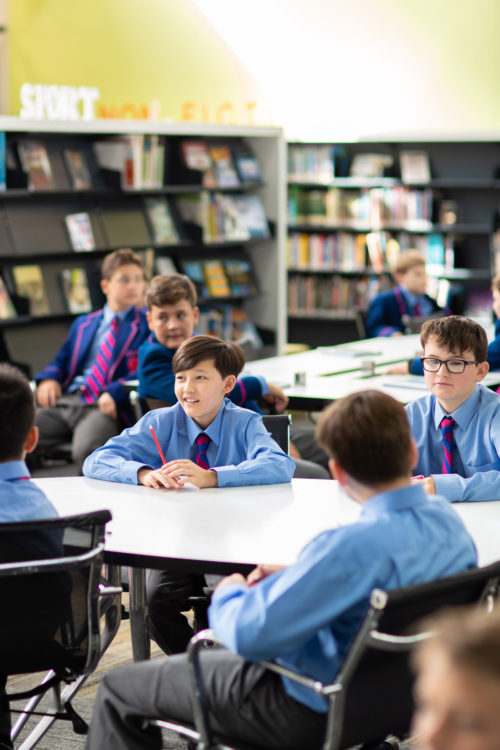 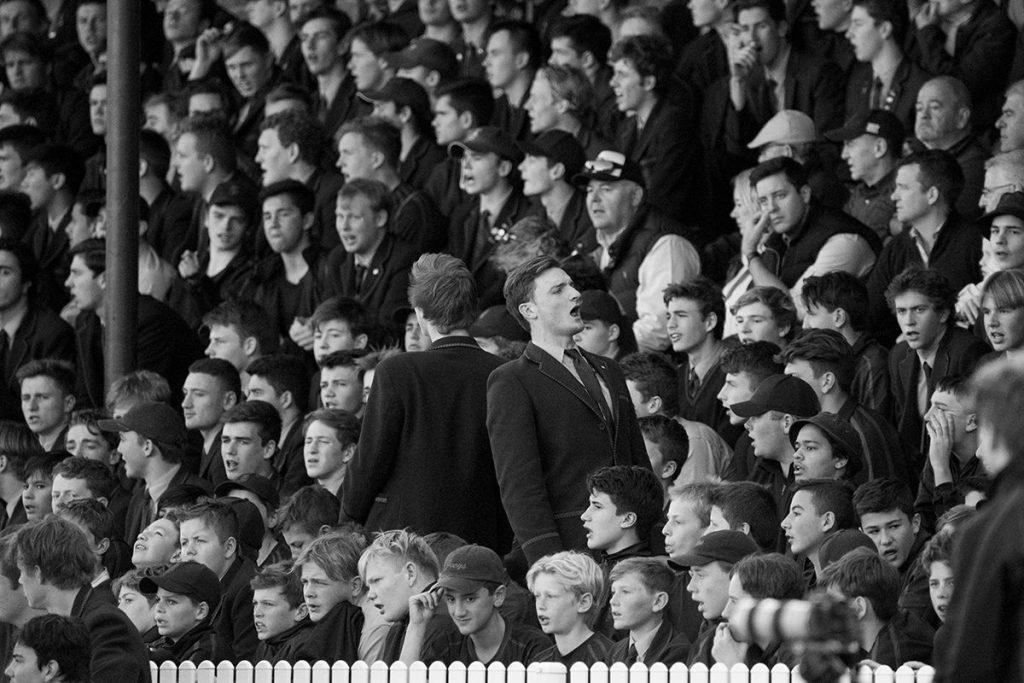 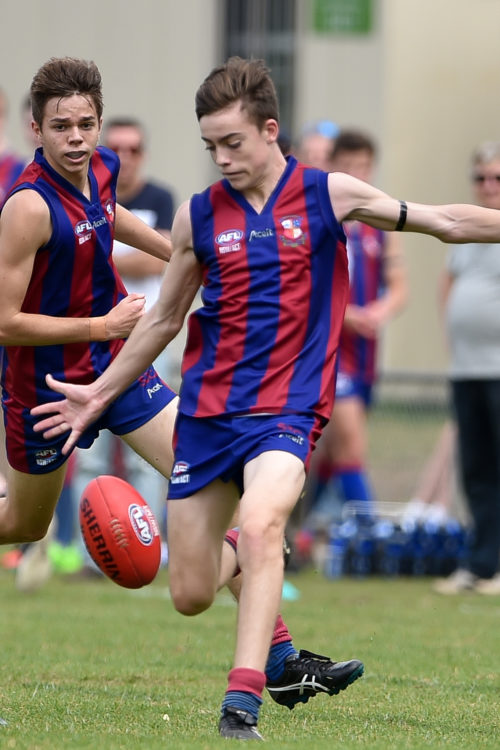 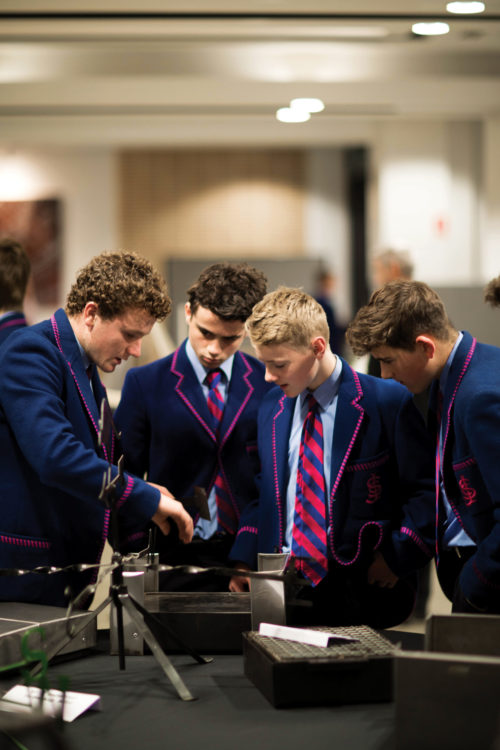 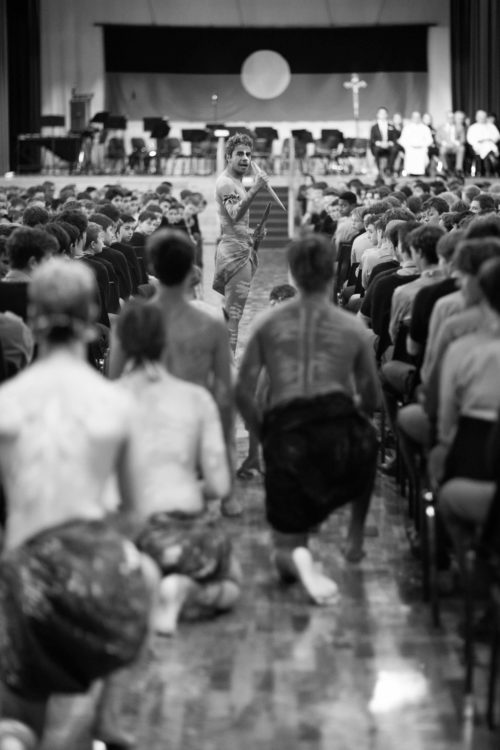 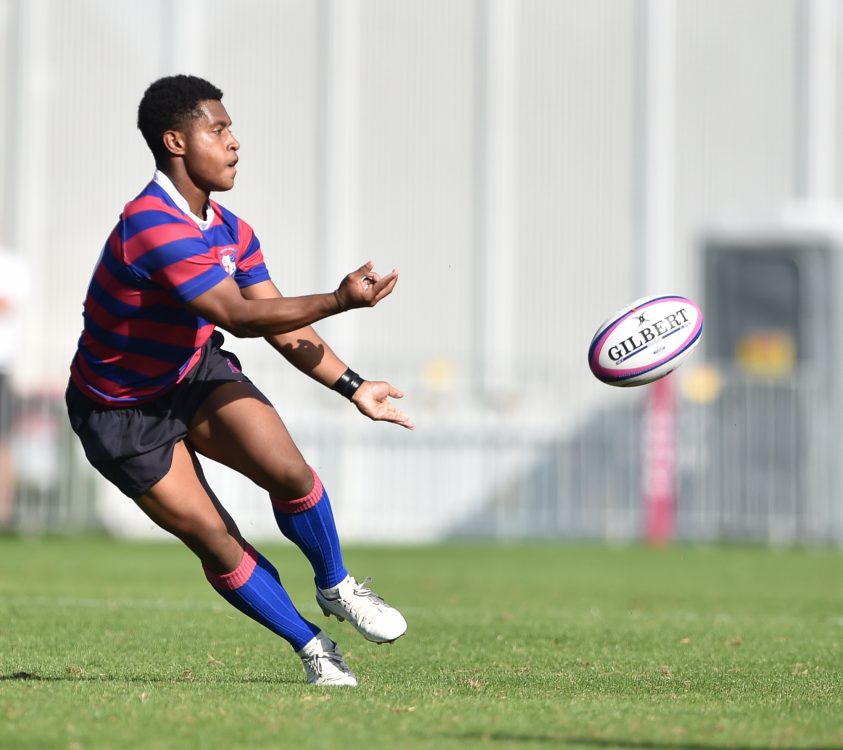